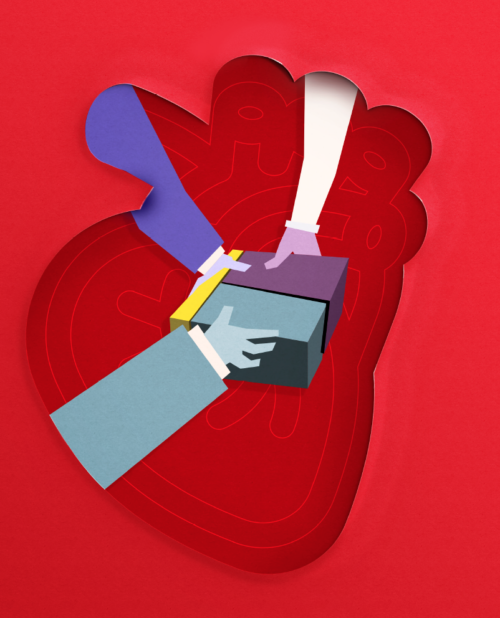 Most ideas don’t die, they get stuck in hibernation. Research points to some useful ways to incorporate development into a life in which empty calendar space is only a utopia.

Most ideas don’t die, they get stuck in hibernation. Research points to some useful ways to incorporate development into a life in which empty calendar space is only a utopia.

Picture an inspiring discussion, with great ideas bubbling up and an energy vibrating in the air. You could be at a company retreat, a development meeting, or maybe at a trade show. Others seem to share your excitement. You get a great idea that you want to try out. A bit later, armed with the best intentions, you return to your desk. A client has called, there’s an urgent e-mail that requires action… Time and energy are not infinite resources, and our development intentions often succumb to our everyday hurdles.

Planning for development, we tend to adhere to the illusion of free time in our calendars, especially when we browse through those lovely empty slots in our schedule or even empty pages if we look far enough. But in reality, those empty bits will get filled up by all kinds of important, urgent and/or inevitable tasks, whether work or family related. To spark and sustain development in this world where every moment already has been assigned, we actually need to think about the smaller picture.

Through a series of weekly blog posts, we’ll be sharing our experiences and the science behind passion-based co-creation – the approach that has guided developing our Design Factory and its network of 21 experimentation platforms across the globe. To start off, let’s get rid of that guilt that you should have started developing whatever it is you’re hoping to achieve earlier – procrastination actually has some pretty bright side effects, planning for serendipity is a good idea, and there’s no time like right now to start developing.

Give a little breathing room

Many developers feel frustrated by the lack of time they have for their efforts. However, concentrating a 100 percent on any one idea for a long period of time might not be that great for development. Turns out that development spurts every now and then can be a better choice, as some new studies show that procrastination can actually lead to better outcomes by keeping the solution “unlocked” for longer, leaving space for better ideas to emerge through the new connections we make. So give yourself some breathing room instead of seemingly optimizing your efforts. Even our seemingly unrelated daily routines and connections can offer valuable input to our efforts – it may not be a coincident that many insights are reported to occur in the shower or on a walk. Fascinating new research points to the creativity resulting in similar cerebellum activation as does mastering repetitive patterns of physical actions, such as wielding a tennis racket.

Keep your eyes – and plans – open

The more uncharted the territories we are heading for, the less feasible it is for us to have all of the required ingredients at the get-go. We need to have the courage to seek exposure to new elements and test out our assumptions, and the sensitivity to realize when our experiments suggest changing our course. Leaving space for serendipity does not mean counting on luck or ceasing development efforts, but rather recognizing that performance in development is not a straightforward effort input-output relationship. Development paths often appear clear only in hindsight. Instead of placing all your bets on one direction, you can take a series of explore multiple directions to see how your ideas fly instead of relying on guesswork.

Now let’s get back to our calendars. Making a habit out of taking small development steps can eliminate some of time and effort spent on just assessing what and when would be a good opportunity to develop, freeing more resources to actual implementation efforts. “Turtle steps” are ridiculously easy and small steps, so small that you have no reason not to do them, but still they inch you closer to your goal. For example, one could draw a mind map of project stakeholders, write an email to suggest a meeting time with a colleague, or google possible service providers, rather than plan to create a full project proposal draft at some point in the not-so-near future. The small wins you can get from turtle steps can fuel continued efforts towards an ever-shifting goal.

Analyzing over 12 000 development diary entries, Teresa Amabile and Steven Kramer found that day-to-day motivation in creative work largely hinges on perceptions of progress. So think about what you would like to develop or change. What is the smallest, ridiculously easy thing you can do towards this goal right now, within five minutes? Now do it. Seriously, right now. If you set a small enough step, there’s no excuse not to take it. Keep doing this, and before long you’ll be surprised how far you’ve gotten!

To help you with your next steps, we’ll be back next week with more on passion-based co-creation. Hungry for more right now? Our community has gathered the building blocks for passion-based co-creation (which is, in a nutshell, a way of experimenting to create something new together, sprinkled with a hefty dose of intrinsic motivation) in a handy book. Read it here, and come celebrate with us on the 5th of December!