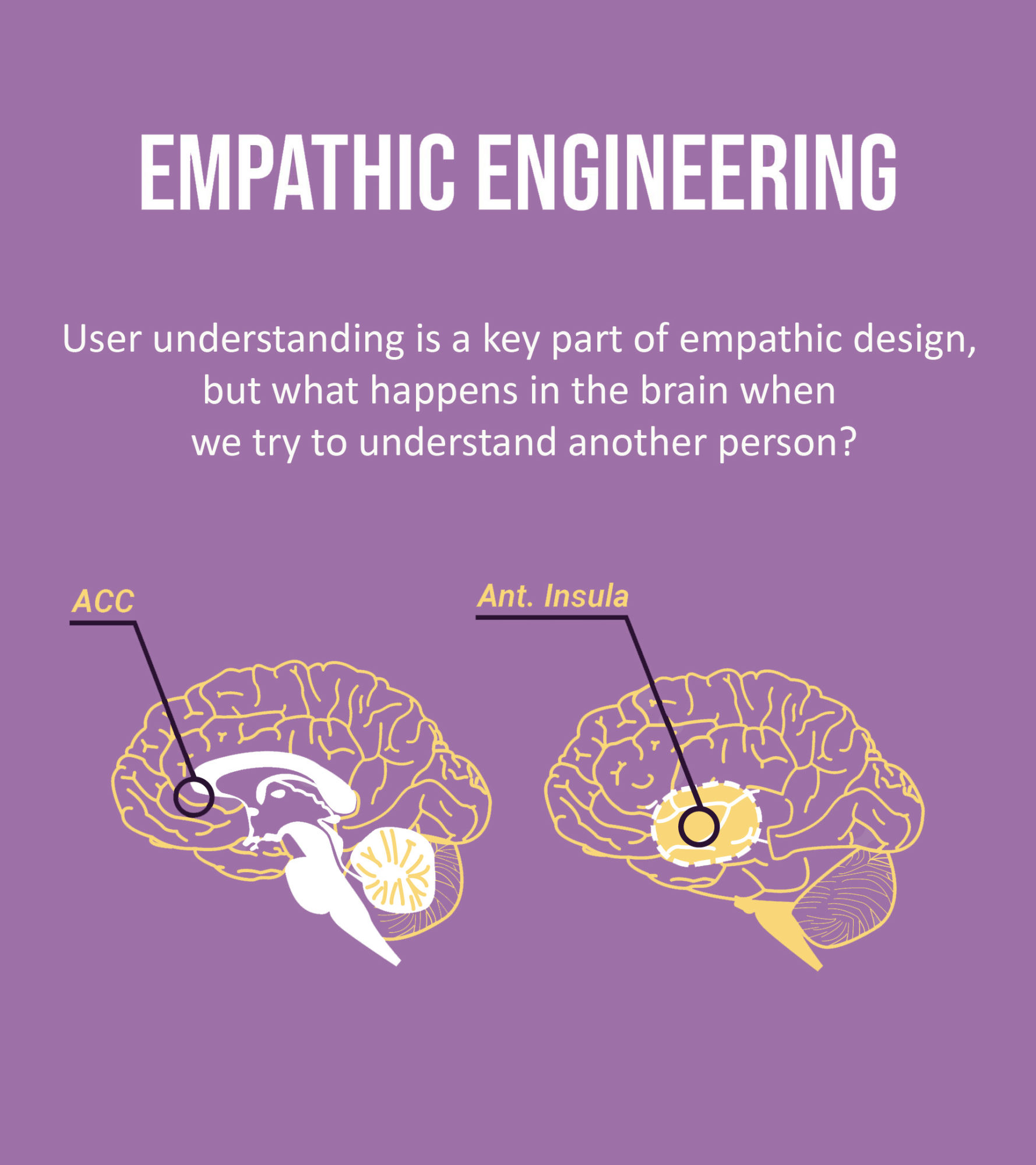 Inside the empathic brain

User understanding is a key part of empathic design, but have you thought about what happens in the brain when we try to understand another person? Neuroscientists can look deep inside people’s brains using functional magnetic resonance imaging (fMRI). It measures tiny changes in blood flow caused by increased brain activity. fMRI technology is capable of things that might have sounded science fiction some time ago.

Some studies have suggested that fMRI could even read minds; suggesting that it can detect lies with 90 percent accuracy, decode pictures in your head or reveal our subconscious reactions towards advertisements. While fMRI may not really give us mind-reading abilities, it has shed light on what happens in the brain when we try to predict others’ feelings and thoughts. Fascinatingly, it has revealed a very simple, but powerful mechanism called the mirror neuron system. Mirror neurons give us the ability to feel what others feel. We mirror the feelings and actions of others as we had felt or acted similarly. For instance, when we witness that a person is feeling pain it activates our own pain areas, such as the anterior cingulate cortex (ACC). Thus, we can literally experience others’ pain.

However, observable emotions and actions are only one part of understanding others, we are also interested to infer the internal mental states of others, such as beliefs and intentions. If one checks his clock during a conversation, are they bored or just in a hurry to another appointment? The ability to infer the mental states of others, called theory of mind (ToM), develops at age of four. One of the fMRI research discoveries has been that some brain areas are especially dedicated to this complex mechanism. Injuries to these brain areas can dramatically affect our capability to understand others. A classic case is the railway foreman Phineas Gage who lived in the 1800s. A part of his frontal lobe was destroyed when a metal bar accidentally went through his skull. He survived physically. However, formerly the nice guy turned arrogant and incapable of making social judgments. Later scientists discovered using neuroimaging that the damaged brain area was one of the important areas for ToM.

But how do our brains “communicate”; what happens when you listen to a person and you really feel like you understand them? A group of researchers showed that during successful communication speaker’s and listener’s brains synchronize; and when communication fails, synchronization fails. In their experiment participants’ brains were scanned when they listened to recorded stories told by a storyteller. The storyteller was also scanned when they told the story. Researchers found that the storyteller’s and the listeners’ brain activation synchronized when comprehension was successful, and remarkably a higher synchronization was associated with a better comprehension of the story.