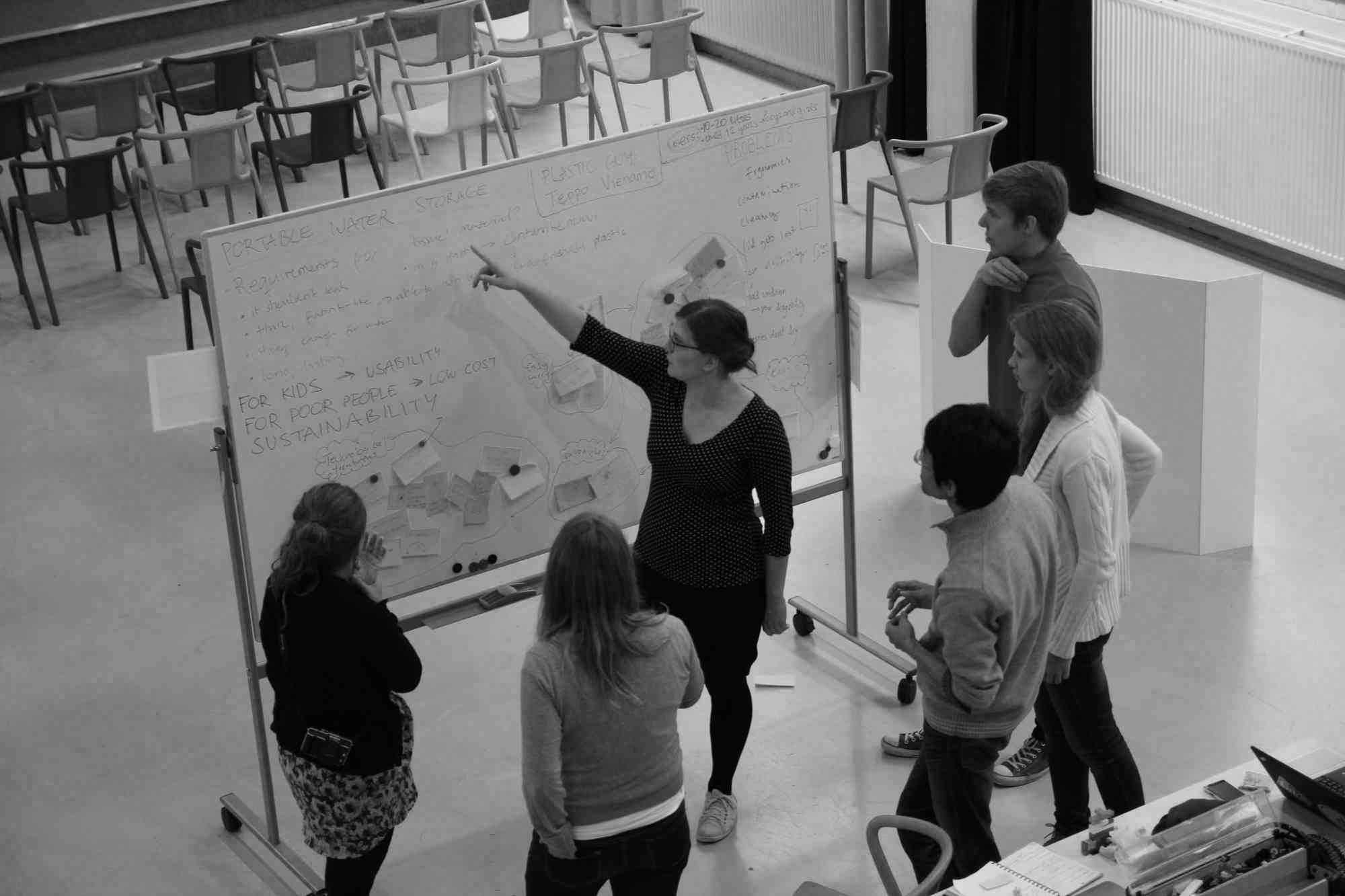 Design is increasingly recognized as a competitive advantage for companies as well as a contributor to societal benefit. However, while a wide variety of organizations are becoming more interested in what designers can bring to the table, they often lack sufficient understanding of the capabilities possessed by designers, in what roles they can flourish and what kind of support they need. To enhance their own design capability at work, designers often need to dedicate time and effort to creating and clarifying their position in the organization.

Legitimizing and stabilizing the role of design on a strategic level can be particularly challenging in large organizations. In particular, organizations with cultures generally characterized as traditional, engineering-driven or technical, may struggle with the incorporation and advancement of design due to established regulations, processes and norms privileging engineering ways of working, that are not always in line with expectations or needs of design work. Designers thus often end up acting as change agents, engaging with a large variety of stakeholders to bring design to more strategic levels in their organization.

As change agents, designers attempt to influence their environment by using issue selling tactics, which are ways to get people on board with their ideas, changing both people’s mindsets and the organization at large. There is an abundance of possible variations in these issue selling attempts, including types of issues sold, reasons for pushing these, ways of framing, choice of medium, and different approaches in terms of whom to involve and who to target, all influencing the success or failure of an issue selling attempt.

Which combinations make an attempt successful is contextual, of course, yet highly dependent on tactics employed by the designer and enablers put in place by the managers. Looking at change efforts at ABB (a pioneering technology leader working with utilities, industry, transportation and infrastructure customers), we’ve found three common combinations of issues, tactic and enablers. We share the story of Pawel (name changed) to show how common challenges can be tackled in practice and what managers can do to facilitate and support designers in their change agent initiatives.

A senior UX designer, Pawel, experienced that despite receiving support from higher management and design being a buzzword throughout the organization, several colleagues would still not involve designers from the start of a project and talk to users. With his colleagues, Pawel decided to involve some project owners in guerrilla user testing, quick usability research with just five users. This immediately gave them valuable insights, and opened their eyes to how easy, fast and inexpensive user reach can be. After this, middle managers such as project owners understood the importance of incorporating design work in the development process, and decided to allocate time and money for designers to do user research.

ISSUE: Designers getting involved too late

One of the most often experienced issues for designers in engineering-driven organizations is getting involved too late in the development process. Even if developers are aware that designers can do more than make user interfaces look beautiful, doing user testing on almost finished projects is hardly ever beneficial, as making significant changes at that stage would be very costly. Getting involved early enables designers to gather user needs before the development starts, and work together with product owners and project managers to define the scope and goals. Moreover, they can touch base with users during the development to verify, adapt and develop together. From a process perspective, if designers are included early, they can suggest other design tools, as well, such as service blueprints and user journey mapping together with wireframing, visualizing and prototyping; and thus enhance the development process with their expertise.

Pawel is not alone in realizing that middle management needs to be on board if designers wish to be involved from the start. In attempting to achieve this, designers experienced it to be most effective when they share feedback provided by users in the form of quotes or videoclips, or even, like in the presented case, taking middle managers and developers on a safari to do some quick user testing themselves. People were often amazed by the major insights and implications that come from quick user studies.

Alternatively, we found that middle managers’ competitive spirit is quickly fuelled by making comparisons with products from competitors, or by showing design methodologies from other major players such as IBM or Google. In either case, clarifying the relation between the user feedback or design methodologies and the business targets pays off in getting middle management on board.

Change agents at ABB who had been granted freedom in terms of time and money to conduct quick user studies, as well as having access to users to gather feedback, had a high chance of succeeding, since user feedback is a powerful selling component. They were supported by managers higher up to experiment, without having to request resources or defend the value of their plans prior to executing them.

Additionally, some managers went the additional mile and promoted design work, increasing its visibility throughout the organization. When designers were given flexibility to explore where they would be most useful in the organization, they were able to choose projects or development teams where they were not required to compromise on the design process, generating the best work they could do.

This blog post is an excerpt from a book chapter written by Marjukka Mäkelä, Head of UX Design at ABB, and Floris van der Marel, Doctoral Researcher at Aalto Design Factory,  in our recently published book ‘Design+ Organizational renewal and innovation through design’. Based on the interviews of over a hundred designers, design managers and design business leaders, the book showcases the key insights from two-year research project on design thinking in leadership, change management, and strategy work.