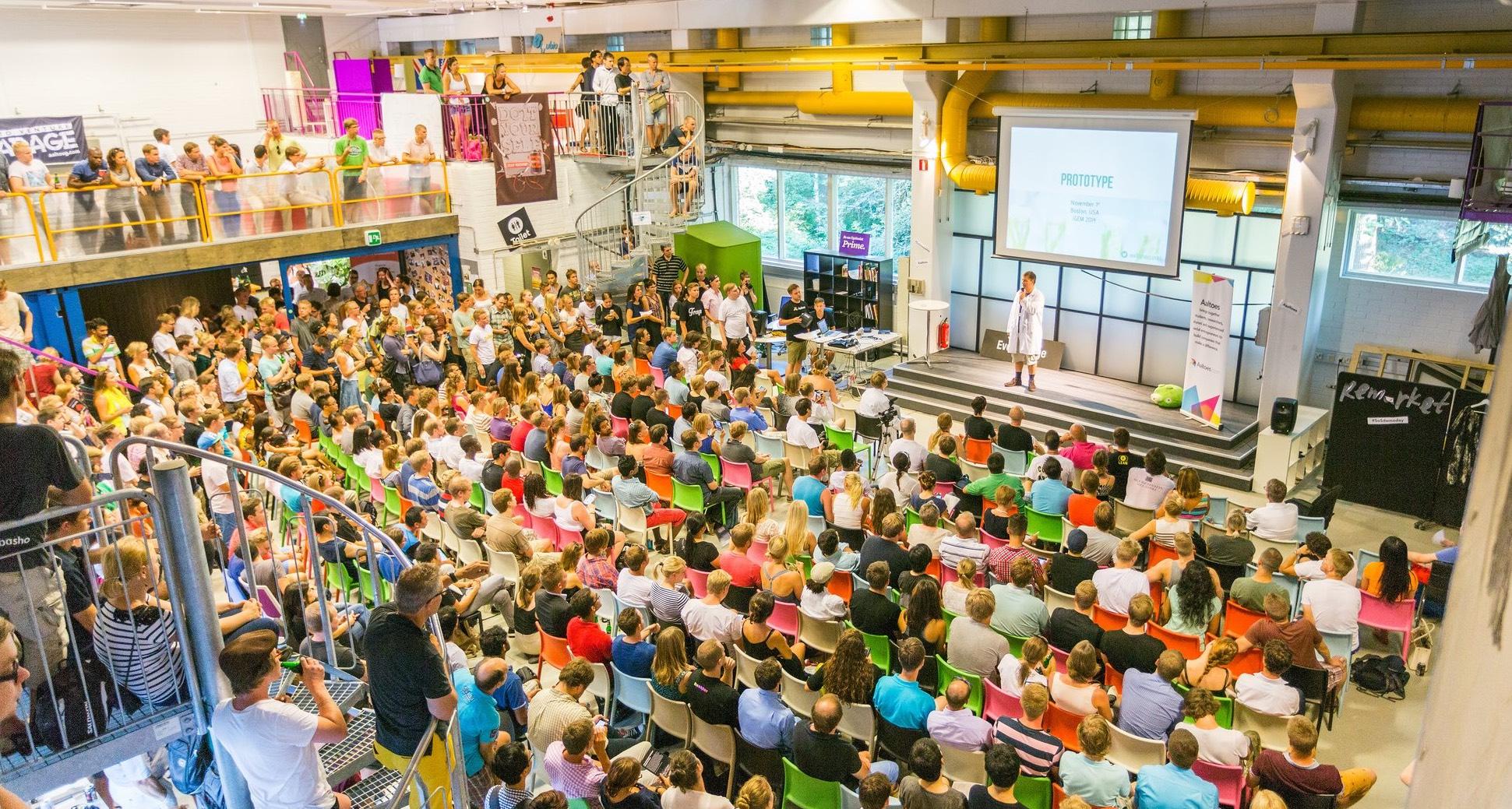 Creating resources out of thin air

Everyone and everything starts from something. Read on for insights on how to create traction with little resources from one of the journal publications on and of the community published this Fall.

Looking at the Design Factory Global Network convening this week at CERN, one can see we have come a long way since the single studio housed within the Mechanical Engineering department at Puumiehenkuja 5. The same can certainly be said of the entrepreneurship mega-event SLUSH, welcoming thousands of startups and hundreds of VCs to Helsinki two weeks ago. While certainly inspirational, taking a look at these organizations in their current forms can also create misconceptions on what it takes to change communities.  While certainly helpful, you do not need a big budget, premises or reputation to make an impact. One organization that drives home this point has entangled roots with both the Design Factory and SLUSH: Aalto Entrepreneurship Society (Aaltoes). We do not by any means take credit for the creation for Aaltoes – this belongs all to the students themselves! Aaltoes, however, is a great example on how you can create traction even when you start with very few formal resources at your disposal.

Rewind back to 2008. The three founders-to-be of Aaltoes meet, while the upcoming merger leading to Aalto University is bubbling in the university scene. The founders-to-be gain funding for a study trip in the midst of an economic downturn by suggesting that they report on the student perspective of a benchmarked university and the startup clubs at the destination. Encouraged by one of the Aalto board members to do something rather than just creating a report, the intent to create a local support for entrepreneurship is formed. Fast-forward to the end of 2009, Aaltoes had attracted more than 5 000 members in a university of 20 000 students, going on to inform university-level and national policy. Referred to subsequently as “the most constructive piece of student activism in the history of the genre”, the founders started with no budget, no personnel, no premises – indeed, no organization! Studying the emergence and early phases of the organization, we’ve found two key mechanisms at play in the traction of Aaltoes:

Setting the stage for mutual benefit

Like in many development paths, a number serendipitous contingencies occurred within the development of Aaltoes. But take a close look, and the lucky events are not based on just luck. A whole stream of research has been developing in entrepreneurship, highlighting the importance of creating stakeholder commitments to shape rather than predict the future. We do not act in isolation. Aaltoes formulated and reformulated their agenda in a way that left space for creating synergy with different stakeholders. Tying to organization to Aalto in the name created potential for mutual benefit, acting as a showcase for the emerging university. Creating the Facebook pages in English made the organization more approachable to international students and collaboration. Framing the agenda to supporting the emergence of new high-growth ventures aligned interests with a number of public and private organizations interested in fostering entrepreneurship and innovation.

“Tekemisen meininki”. This Finnish expression for a buzz of activity was reported again and again in relation to Aaltoes. Concretizing good intentions into actionable small steps creates easy, immediate ways to participate in the development action. For example, moving on from thinking about what the organization should be like to planning a first entrepreneurship event provided a much more limited, tangible task to join, helping Aaltoes proceed from the initial slump to gaining volunteer contributors in both labor and resources. A small request may be easier to fulfill, and can lead to increased likelihoods of further participation. On the other hand, the concretization of efforts into various events provided visible feedback on the results of investing these small amounts of time and resources into the organization – both current and potential Aaltoes actives and outside stakeholders could see the large amount of event participants, likes and members in the Facebook page, media attention, etc. As a result, they served to encourage committing further resources and gaining new stakeholders towards the cause.

What can you do?

The story of Aaltoes shows the power that relatively small interventions can have on the ecosystem. Predicting which experiments will lead to lasting change is difficult, if not impossible. Acutely aware of this, we at Design Factory try our hardest to say “yes, and” to new initiatives. So if you have a development idea, think about what could be a small, tangible experiment to bring it to life, and who could be interested in the experiment or its results. Or if you would like to see development paths such as Aaltoes flourish around you, ask yourself how you are contributing to your community. Can you share first-hand or second-hand experience and stories of development to provide inspiration? Can you act as a testbed and provide much-needed feedback? What could you say “yes and” to yourself?

Communities are, after all, made of the people in them.

For the full paper on Aaltoes and creating traction, see T.A. Björklund & N. Krueger (2016). Generating resources through co-evolution of entrepreneurs and ecosystems. Journal of Enterprising Communities, 10(4), 477-498. 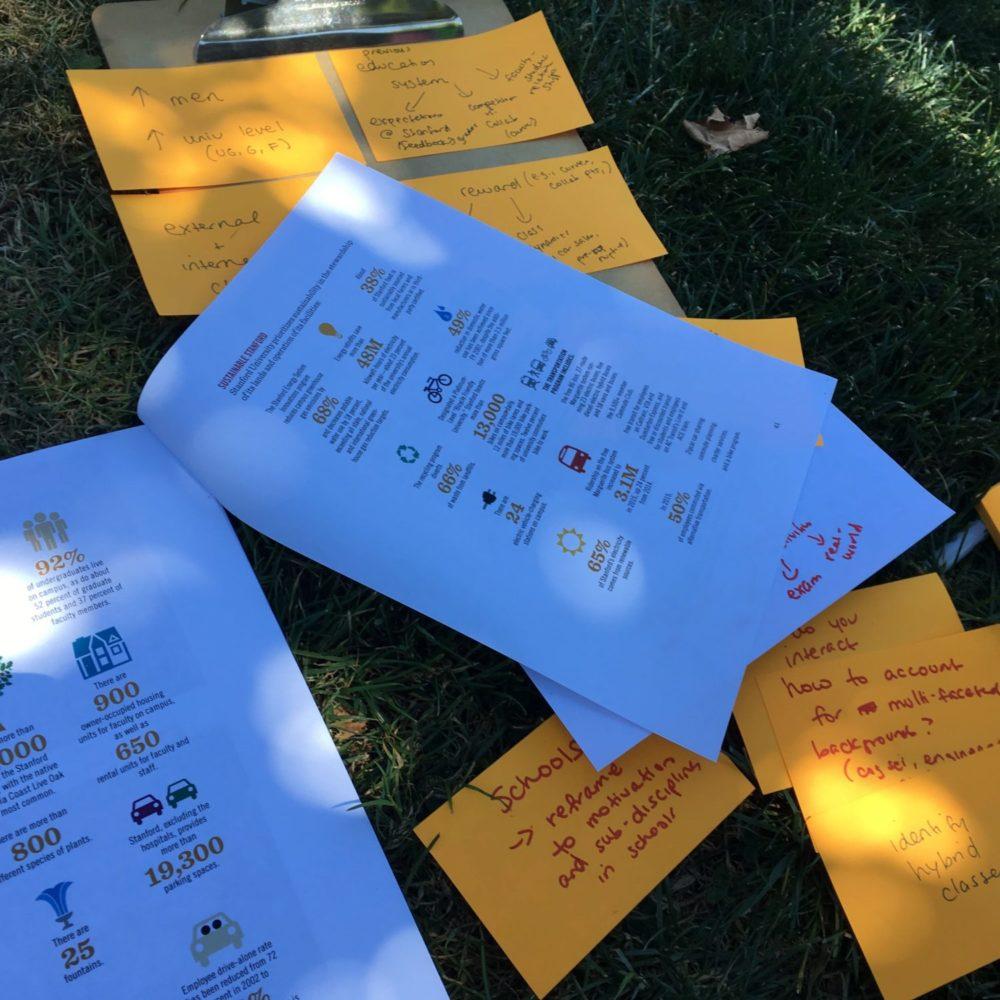 Refresh your thinking on innovation

In Finland, much of the nation halts to a stand-still in July. This can offer a perfect time to refresh and get some new inspiration for your work. Read on for a few questions you may want to ask yourself, and some easy reads to provoke more thinking on the topics.

Balancing between divergence and convergence in design creativity research

Greetings from the design creativity research community, convening at Atlanta at the 4th International Conference on Design Creativity (ICDC)! Read on for some interesting results from a place where laughter yoga, standardized tests, and prototyping facilities in actual castles all co-exist in peace.

We have a saying at Aalto University Design Factory that even the best processor is useless if the user interface prevents taking advantage of it. Successfully cultivating soft skills – the interface of expertise – requires asking some tough questions about priorities, measurements and Californian experiments.