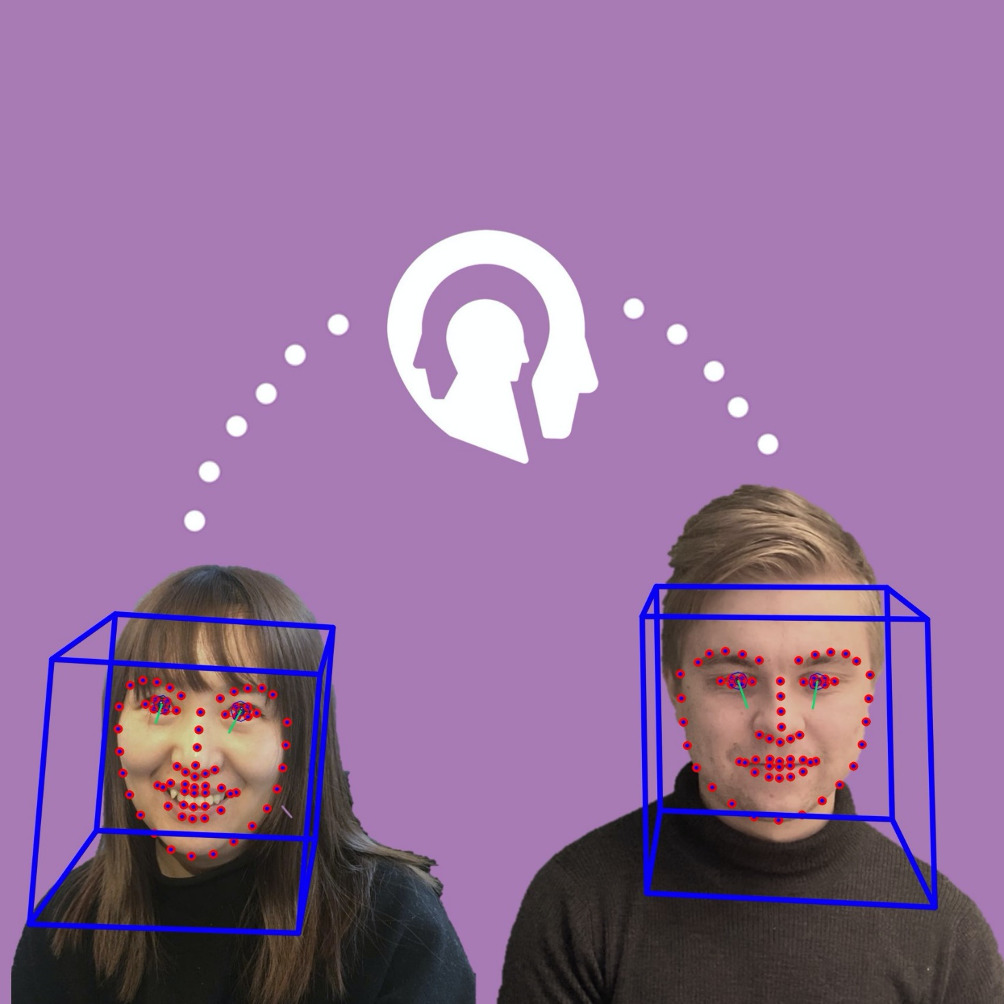 Can we measure with facial expression analysis, how well does a designer understand a user?

What did we study?

A key element of product development is understanding the user. In design interviews, the designer tries to understand what the user thinks and feels, and what are their needs.Correctly identifying these needs helps to create useful and valuable products for the users. But how can we measure, if the designer really understands the user?

Our approach was to measure facial synchrony between the user and the designer, and test if the synchrony indicates whether the designer is understanding the user or not. Synchrony is a phenomenon, where a person mirrors another person’s movements, vocal tones, and facial expressions. Synchrony is a physiological form of empathy, where emotions transfer from one person to another through autonomous movements. For example, when you are happy and smile at a friend, they will automatically smile back at you and just might get happy as well.

We conducted 46 video-recorded design interviews, where designers talked with users about their driving experiences. The recordings were conducted on zoom, because of the current Covid-19 situation. After the interviews, the designers performed a written psychological task, that measured how accurately they can guess the user’s thoughts and emotional tones.

Is there synchrony between the user and the designer?

Was there a link between the synchrony and the designer’s performance?

Figure: The designer guesses the user’s emotional tone more accurately when there is synchrony.

The results suggest that we can use facial expression analysis to observe the synchrony between a designer and a user. This synchrony also seems to have a relationship to how well the designer understands the user, but this relationship will be analyzed deeper in the next phases of the Empathic Engineers project.

Empathic Engineers, News, Research
adminCan we measure with facial expression analysis, how well does a designer understand a user?02.18.2022
Share this post