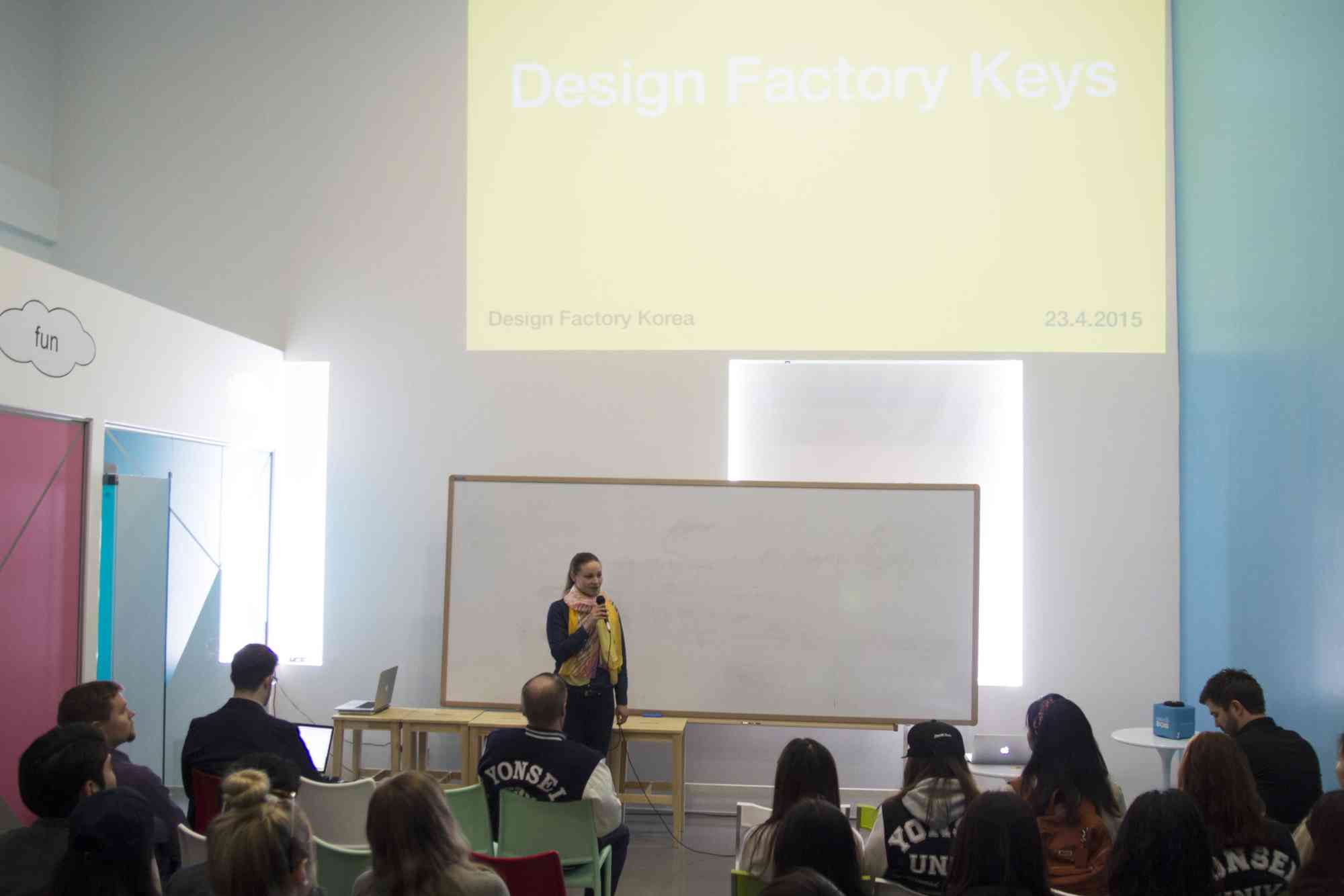 The official opening ceremony included congratulatory speeches from for example the ambassador of Finland to Korea Matti Heimonen, founder of Aalto Design Factory professor Kalevi Ekman and Aalto president Tuula Teeri. Tuula Teeri highlighted in her speech how learning is more effective when it is fun. She continued: “This is just the start for new kind of learning”, echoing the sentiment of the Yonsei president who mentioned that this is a beginning of a new chapter at Yonsei University.

ADF’s and ATDF’s very own Meri Vainio became the first full time employee on DFK in March 2015 and she has been leading the efforts to set up DFK. In the first few months in Yonsei, Meri observed that the new type of learning space has created interest in students, staff and companies in the area. “Already when we were renovating the space we had many curious people come in, and the number of people attending the opening ceremony (close to 200 people) as well as the diversity of stakeholders they presented was far more numerous than what we dared to anticipate”, Meri explains.

“We set up the DFK in such a short period of time, that I don’t think that has been witnessed anywhere else. The space might look ready, but it will evolve when the real users, the students, come and make it their own”, Meri continues.

Members from the Design Factory Global Network participated in the ceremony welcoming the newest family member. Representatives from Sino-Finnish Centre in Tongji University, Idea Square at CERN and Swinburne Design Factory not only took the stage in the opening ceremony to congratulate the newcomer, but also to co-coach the workshops and seminars of the two-day celebration involving activities for all of the stakeholders of DFK.

Design Factory Korea is hosted by the Underwood International College (UIC) of Yonsei University on their International Campus in Songdo just outside Seoul.

Read more about DFK in http://dfk.yonsei.ac.kr/

DFK coach Meri Vainio hosting a seminar for students and staff of UIC.

The opening was a two-day event including co-creation workshops for DFK stakeholders.