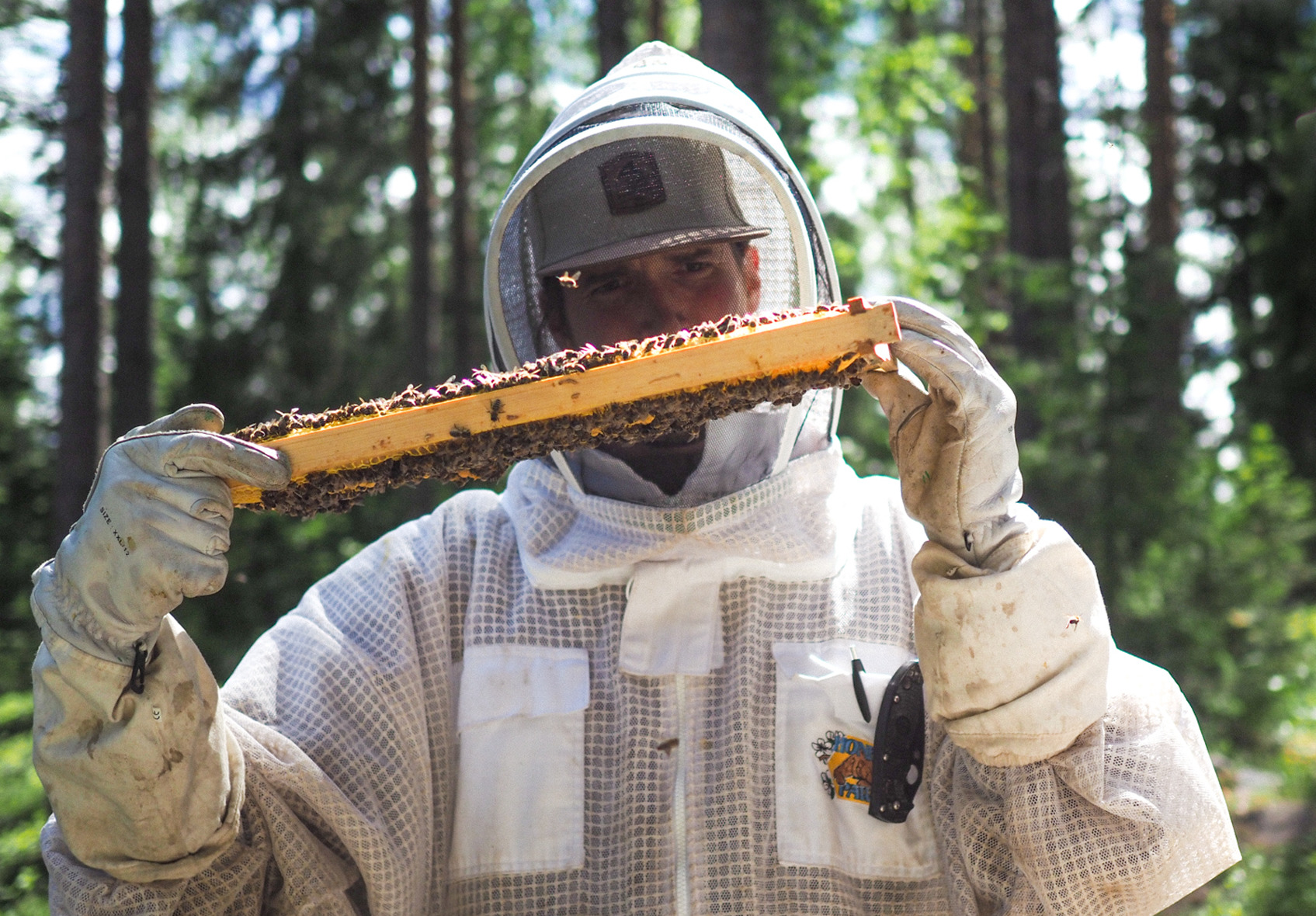 Saving the ‘little ones’ & our oceans

Cabbage farmers with passion to innovate and work with various projects involving farming, nature, bees and handcraft, Sugar Daddies Co. based in Iso-Kyrö is a good case where linked missions influence business actions, strategy and decision making. Conveyed through for example in their company story, establishment of a foundation for saving the bees (Sugar Daddies Foundation) and shining light on the actions of the ‘little ones’ at work in their Instagram and Facebook posts, the core mission is raising awareness over their mass extinction and the important work bees are engaged with.

“One evening while paddling through the waves we started thinking from where to get surf wax that would stick like no other and be as ecological as possible. After surf enjoying a hot tea with honey it hit like a lightning. Bees are going to solve our small problem by helping us crafting Arctic Surf Waxand making all of our lives sweeter than ever at the same time – literally.”
– Sugar Daddies

These surf enthusiasts also aim to provide ecological alternative products to the surfing community and thus, contribute to the livability of our oceans and seas across the globe; as such tackling important another mission. Juho Wiberg explains that the starting point for their surf wax was purely from an ecological standing point. They wanted to create something that could even be eaten or wouldn’t cause any harm if accidentally dropped into the ocean. Through tests with the arctic surf community in the Lofoten to the tropics in Bali, Indonesia, a wax consisting three basic elements of spruce resin, beeswax and hemp oil (and some secret herbs) was created – basically created with something that could be picked up from your own backyard.

Over all, the Sugar Daddies also hope that their activities combined with other innovative new companies in Iso-Kyrö, such as Kyrö Distillery, will bring sustainable change and wellbeing in the Kyrö region. Interestingly, there seems to be active drivers in this community who are bringing together like-minded actors within the Iso Kyrö region and sharing knowledge amongst each other.