What is Aalto Design Factory about? What do people do here? Our most important asset is the people in DF, the community. In the #InsideDF blogpost series we familiarize you with the people who frequently come to DF.

In the first blogpost we have Jonas Eklöf, one of the Project Managers in the Product development Project course in Design Factory. 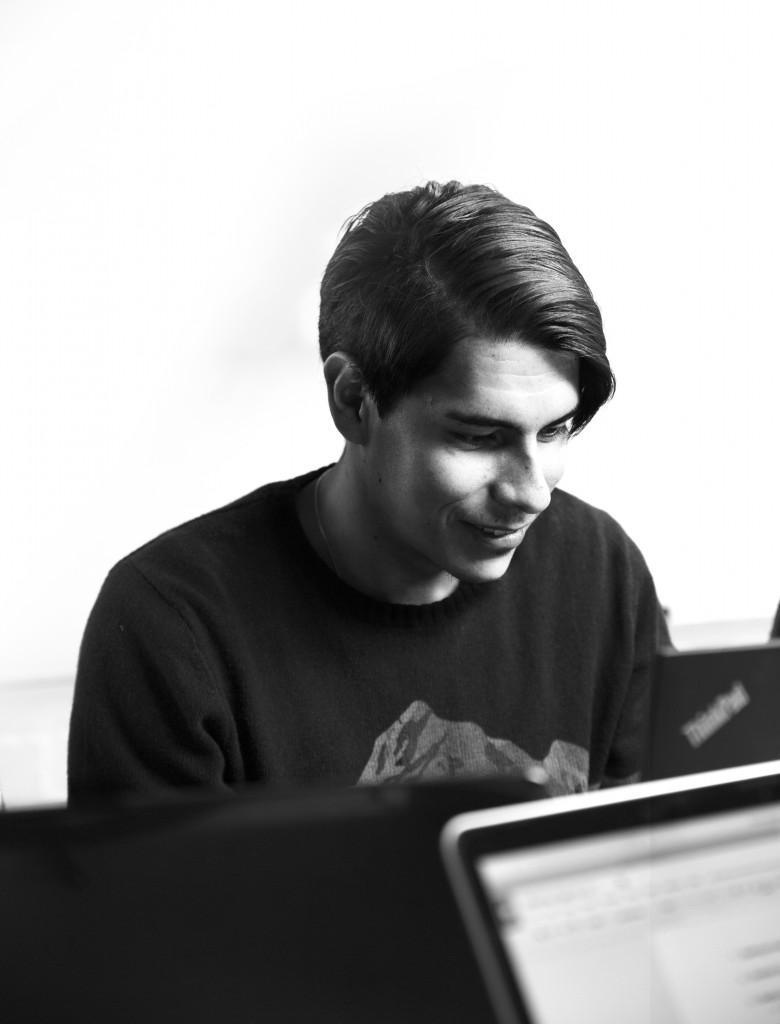 My name is Jonas Eklöf and I’m taking the “Product development Project” course in Design Factory. I’m proud to be the Project Manager of Team Everest (Sponsored by Airbus). Our Project aims to improve the waste collection onboard during flight. In our project I have learned a lot about waste onboard airplanes! Even the small things matter, the waste onboard the airplane also has a footprint on the already big quantity of CO2 emissions that is coming form the jet motors on the airplanes, which we aim to reduce as well by reducing the amount of waste that is generated onboard.

I have never been a “official” project manager before. Friends encouraged me to become a Project manager for the PdP course, and so I did! In the PdP course I wish to learn how to manage this type of large group, which consists of a number of 10 people with 10 different cultural backgrounds.

I have never been a “official” project manager before. Friends encouraged me to become a Project manager for the PdP course, and so I did!

Because we are working completely on our own on this project (at least it feels like that) its difficult to always make sure I’m doing the right thing. For example I always ask myself; are the team members satisfied enough, do they feel motivated? I try to ask them every now and then if there is something me or we could to better but sometimes its hard to communicate with people. It’s important to make everyones voice heard.

The project plan was challenging to make. When everyone in the team realised that it did not live up to its promise we had a emergency meeting and worked on a better project plan together until everyone was satisfied. I then learned that you need to be clear, as a project manager, to assign different task and make sure that the other person have understood his or hers task and responsibility.

The most unforgettable thing in DF, so far, was probably at the stage, in the last lecture of the PdP course, when we watched “How Wolves Changes Rivers”. It was an unforgettable clip which I will never forget and I encourage anyone to watch!